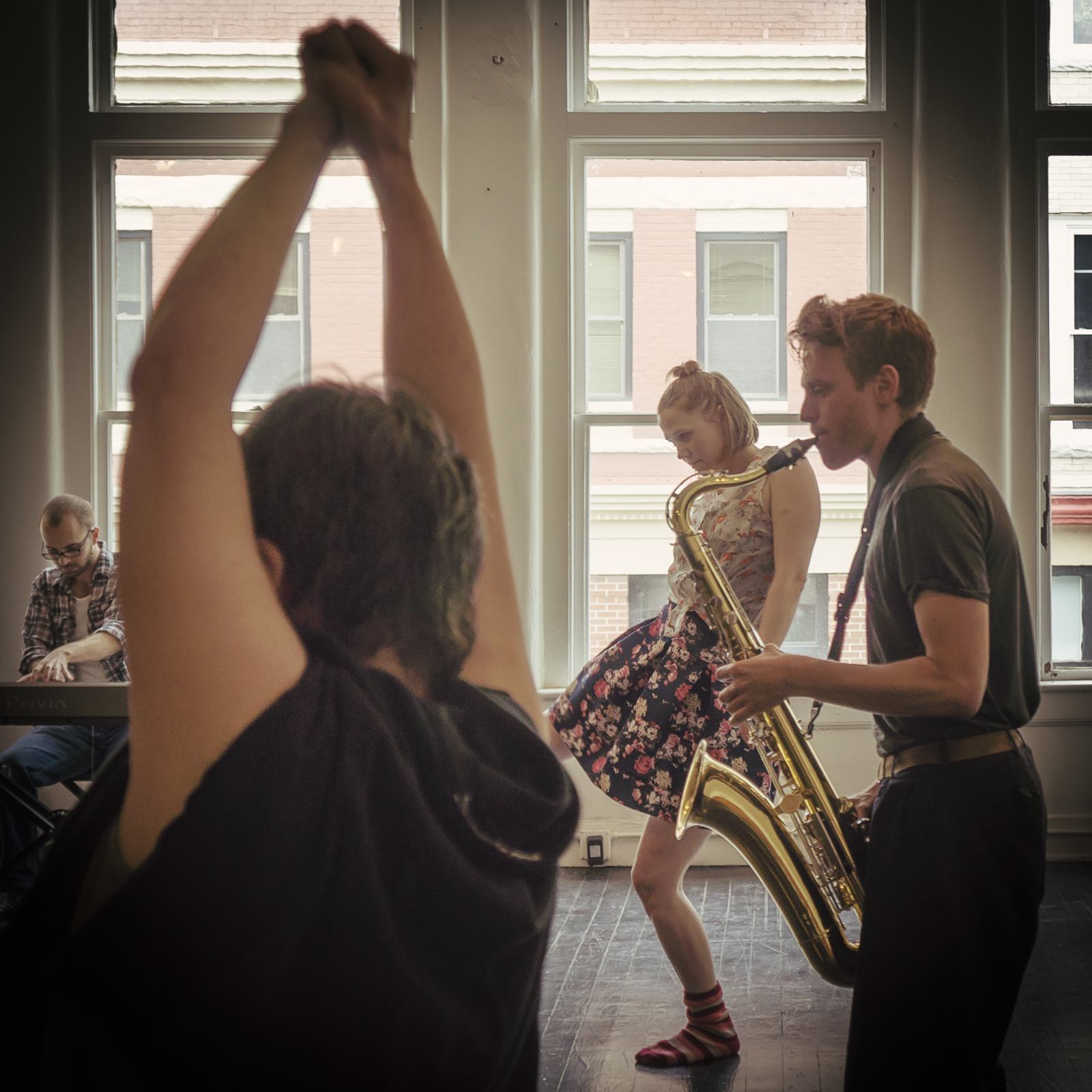 The last weekend in April was the Durham Art Walk! Obviously, community art events are right up our alley so we jumped at the chance to get involved.

It just so happened that Prompts, a community art series we’ve performed with before, was holding a special event just for the art walk. Prompts on a larger scale – three different sites, each with a rotating bill which meant a chance to perform your piece more than once—a rare treat! (A little reminder of how Prompts works: a month in advance a theme is announced and pieces are created based on that theme. The theme for the art walk was RESPONSIVE.)

It was a bit cold and drizzly so only the really dedicated art lovers made it out. We’re so happy that they did! Luke and I were booked in The Carrack so we were cozy and dry all day. We shared the bill with three other performances and had a lovely time hanging around with other artists experiencing their pieces and watching them evolve each time. During the downtime in-between sets all of us played around with some dance/music improv stuff that was really fun – these on the spot collaborations were probably our favorite part of the day! 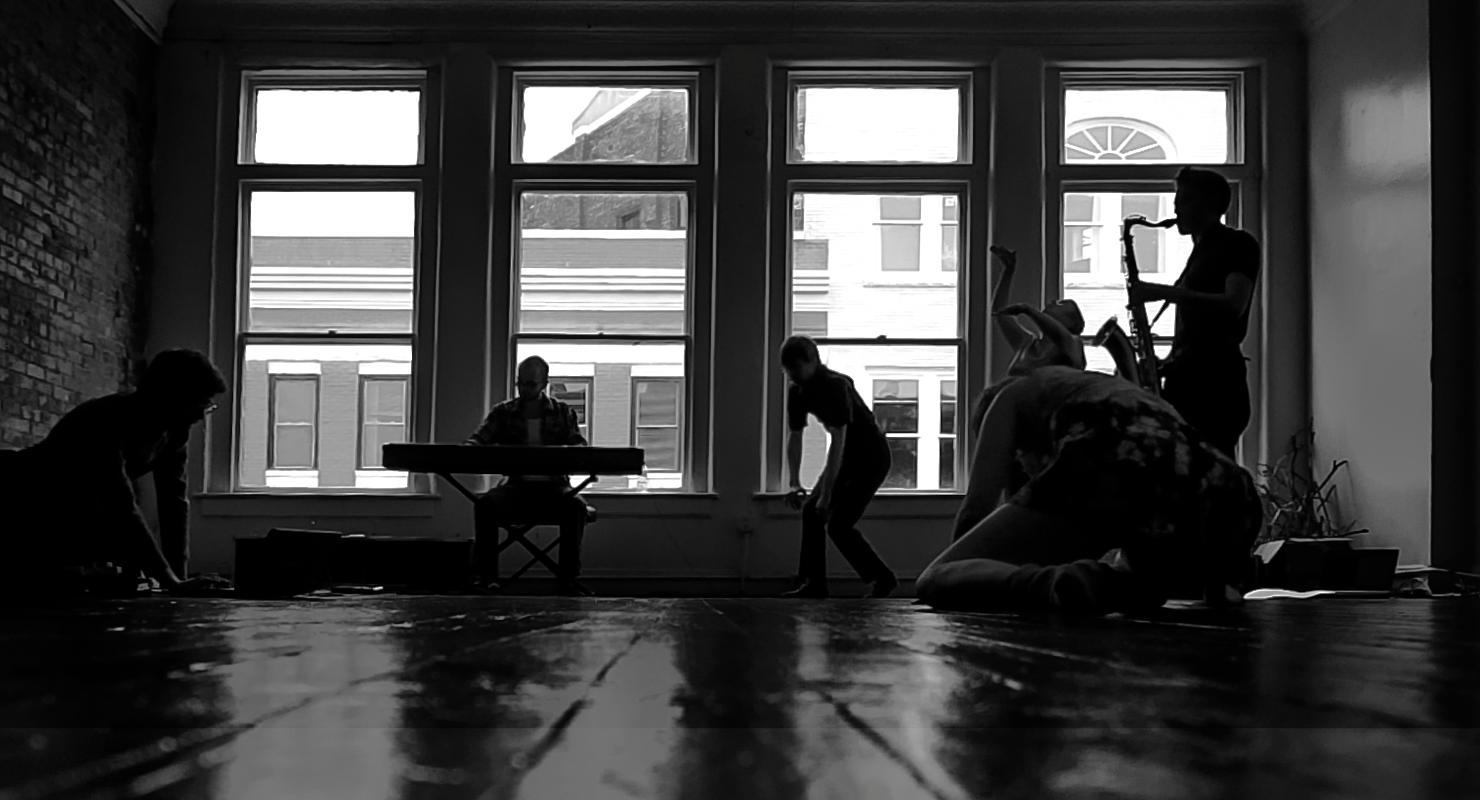 Anyways, back to the birds.

When we started to brainstorm our RESPONSIVE piece our ideas were all over the place. At first we were thinking a full-on audience participation John Cage/Fluxus style chance event – we wanted the audience to respond in some way to instructions, or sound cues, or…something. Since we didn’t know exactly how many audience members to expect and people would be floating in and out of the space at their leisure we decided to dial back our plans. Audience participation can be anxiety provoking, you gotta be tactful with that stuff.

Eventually, something brought us to birds. We have quite the collection of birds that come to visit ourbird feeder everyday. We were inspired by the way birds communicate with each other. Their response calls. Their use of interspecies communication. The way we hear and see these wild creatures on a daily basis but in their ubiquity they become a bit of an environmental afterthought.

Perhaps, we thought, we could create a mini environment that presents these commonplace sights and sounds within the art gallery – an installation on a small scale. To emphasize the bird angle we decided to delineate the dance space by building a “nest” using branches painted bold colors. We still wanted some kind of audience participation element (the prompt was “responsive”, after all), so we decided to have the viewer add some of the atmospheric sound. The audience (if they were down for it) logged into a website on their phones and their phones helped created the soundscape within the space. 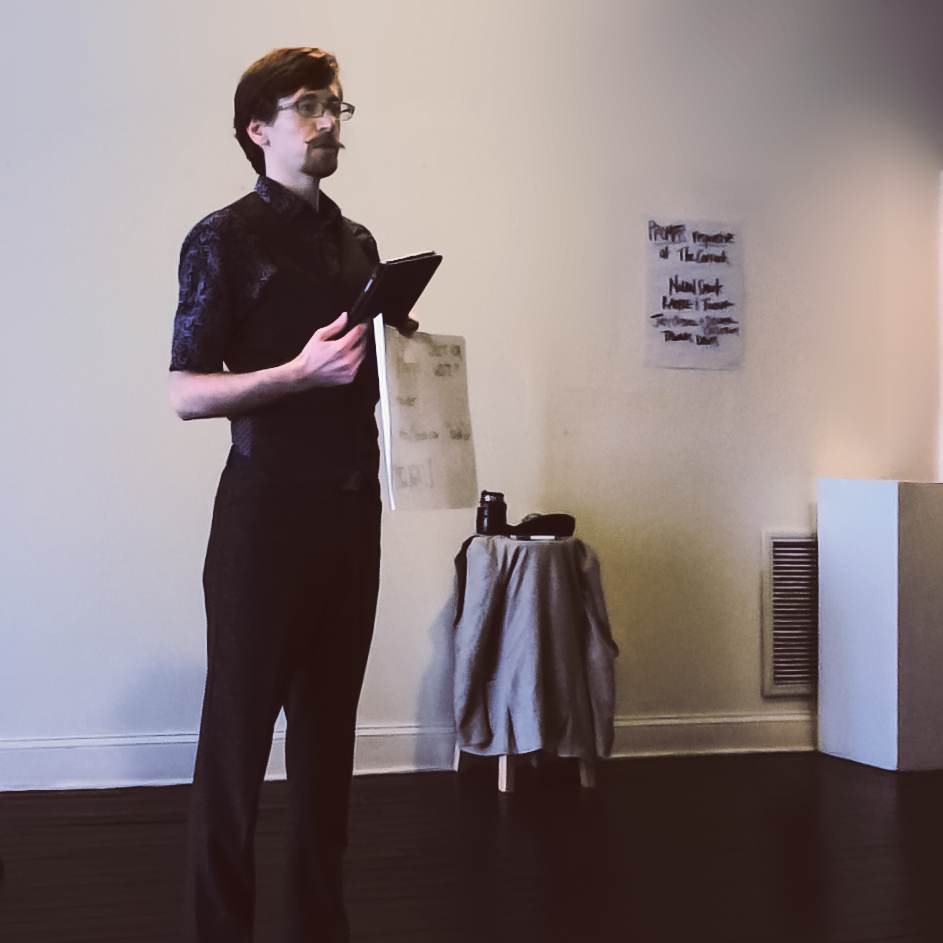 I (Luke) setup an old router as a hotel-style wifi hotspot, where instead of prompting you to pay money or agree to terms it showed a webpage with an audio player on it (DD-WRT + dnsmasq to route all dns requests to my laptop’s IP, and node.js/express to serve up content). Inspired by Zaireeka, the page randomly streamed one of four different (pre-recorded) mp4 audio streams (each with their own unique sound mix), while my laptop played the “main” mix. Everyone’s devices made periodic REST calls back to my laptop to get the current playback time, while compensating for round-trip latency. That kept every device within +/- 50ms of each other. I had tried using synced HLS live streams but the more hacky approach turned out more accurate. My favorite feature: as a last minute addition I made a “conductor” page for my tablet that had skip to the beginning and skip to the good stuff buttons, so I didn’t need to run back and forth to my laptop if I took too long trying to explain how to connect to the wifi.

We broke the piece up into three sections:

Overall, our aim was to play up a whimsical crowd-pleaser angle. We were certainly a little nervous, and feeling a little under prepared going in. As usual we wished we had more time to work on the piece. But once we performed for the first time we knew we were on solid ground. Our piece was well received and we consider the day was a definite success! 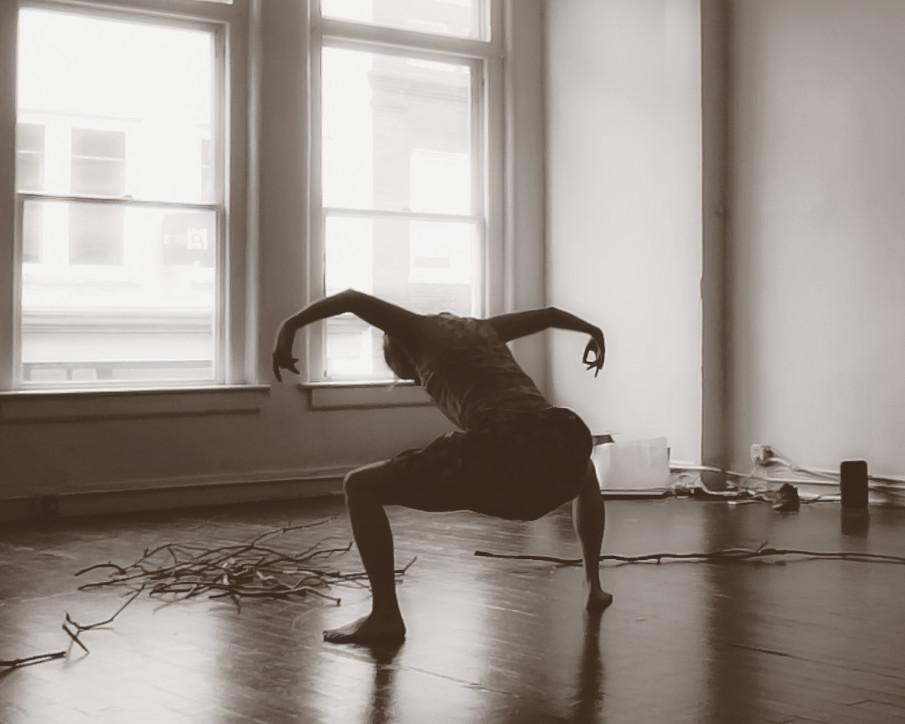